Halloween is a big deal in Ireland. Not only do people celebrate by going to parties and dressing up in costumes, but stores also sell many kinds of Halloween decorations. You can find pumpkins, skeletons, and ghosts all over the place. Many people also take advantage of the holiday to visit haunted houses or go on hayrides.

Halloween is celebrated in Ireland on the night of October 31. The holiday has its origins in the ancient Celtic festival of Samhain when people would light bonfires and wear costumes to ward off evil spirits.

Today, Halloween is a fun and festive occasion for both children and adults. Many people dress up in costumes and go trick-or-treating around their neighborhoods. Others attend Halloween parties or visit haunted houses.

One of the most popular traditions on Halloween in Ireland is the baking of barmbrack, a fruitcake that is often filled with raisins, nuts, and spices.

Read also: My Best Halloween Memory With My Mother | A Creepy Funny Story

The History of Halloween in Ireland Halloween in Ireland has its roots in the Celtic festival of Samhain. This festival was a time to celebrate the end of the harvest and the beginning of winter. It was also a time to remember the dead, and many people believe that Halloween is still a time to honor our ancestors.

The Celts believed that on the night of Samhain, the boundary between this world and the Otherworld became blurred. This allowed spirits to cross over into our world, and many people would dress up as animals or ghosts to ward off these evil spirits. bonfires were also lit as a way to keep away evil spirits.

Today, Halloween is still a very popular holiday in Ireland. Many people still dress up in costumes, and there are often parties and celebrations held on October 31st.

How Halloween Celebration in Ireland Today?

Halloween, or Samhain as it is called in Ireland, is a very special holiday. It is the time when the veil between this world and the otherworld is at its thinnest, and when the spirits of our ancestors can return to visit us. Halloween is also a time for fun and games, dressing up in costumes, and eating lots of delicious food!

Today, Halloween in Ireland is still a time to remember our ancestors and to honor them. We light candles in their memory, and we tell stories about them around the fire. We also enjoy dressing up in costumes and going out to parties and gatherings with friends. And of course, we still enjoy plenty of delicious food!

So if you find yourself in Ireland during Halloween, be sure to take part in some of these traditions! Maybe you’ll just have the best time of your life! Halloween is a special holiday in Ireland with many traditional foods that are enjoyed by young and old alike. One of the most popular traditional Halloween foods is barmbrack, a fruitcake that is often served with tea. Other popular Halloween foods include colcannon (a dish made with potatoes and kale), Dublin coddle (a hearty stew), and apple tarts.

No matter what other foods are served, there is always room for dessert on Halloween! Traditional Irish desserts include pumpkin pie, shortbread cookies, and candy apples. Of course, no Halloween feast would be complete without a few treats for the little ones (and the young at heart). Popular Halloween candies in Ireland include chocolate bars, jellybeans, and toffee apples.

So if you’re looking for something different to do this Halloween, why not try out some traditional Irish foods?

Each year on October 31, Ireland celebrates Halloween with parades, costumes, and traditional Irish food. But what many don’t know is that there are a number of superstitions associated with this holiday in Ireland. These are some of the most popular: abbreviated, correlated, correlative, rectified, accompanied, uniform, and proper.

If you see a black cat on Halloween night, it means that the Devil is nearby.

If you hear someone knocking on your door on Halloween night, it means that death is coming for you.

If you leave your house on Halloween night, make sure to wear something red so that the devil can’t find you.

If you see a ghost on Halloween night, it means that someone you know will die within the year.

So be careful out there on Halloween night! And if you want to avoid any bad luck, make sure to follow these superstitions.

Conclusion: A Unique and Fun Holiday

While Halloween is celebrated in many countries around the world, Ireland certainly knows how to do it up right! With unique traditions like carving turnips into lanterns and dressing up in costumes made of straw, the holiday is both spooky and fun. Add in a bit of Irish folklore, and you have a celebration that’s truly one-of-a-kind. So if you’re looking for something different this Halloween, be sure to check out what Ireland has to offer. What Started the Celebration of Halloween? 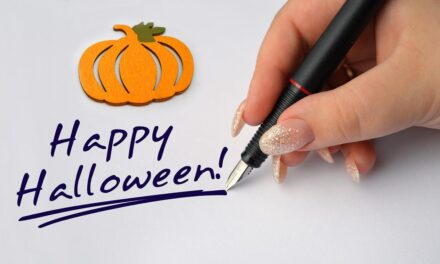